I am a fifth Dan in Okinawan Goju-Ryu Karate and have been training since I was 6 years old. I have been training for 31 years and teaching for 21 years.
I have trained all over the world, including the birthplace of Karate in Okinawa. I am affiliated with and train regularly with the World Chief Instructor and senior instructors of the world’s largest Okinawan karate organisation the I.O.G.K.F.

Whilst growing up, there were times when I was training where either my family or I couldn’t afford to go to class. My instructor would ensure I trained no matter what and give me an opportunity to train even when I couldn’t afford to. I want to pay that back to my community and ensure that those less fortunate have somewhere they can go without having to worry about the financial side of things. Karate isn’t a sport, it’s a lifestyle and a family and that is the feeling I want to instil in all that attend my class.

Giving people the opportunity to engage in a sports club is more than just exercise, it’s an opportunity for people to feel like they belong to a community. It improves social skills as well as team bonding opportunities. This added impact can lead to such a positive destination for individuals, it will increase their confidence, improve their social skills, all resulting in the individual motivated to better themselves. I know this because it’s the effect karate and my instructor had on me. It was more than just a hobby. It became my way of life and has helped and developed me so much and I want do the same for others.

Interested? Come along to our next class, The first one is always on me! 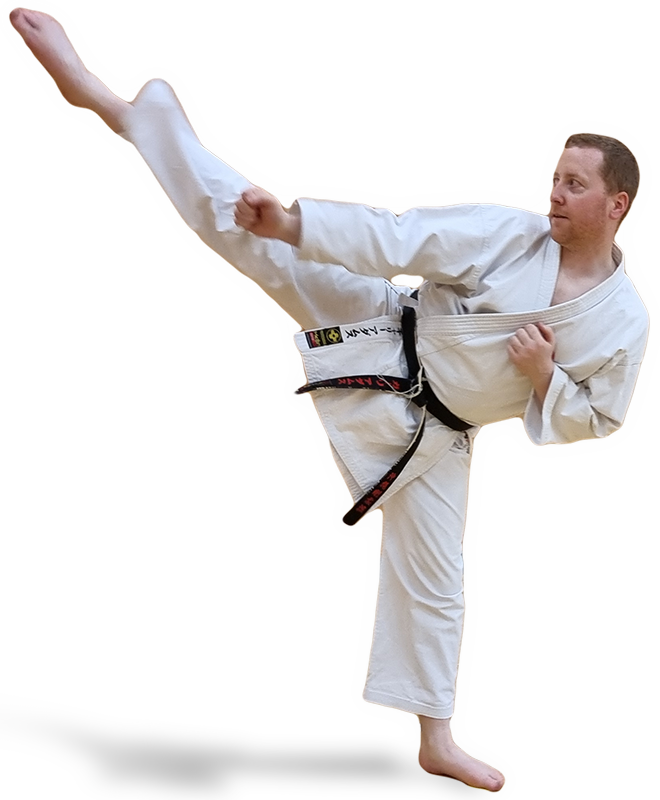 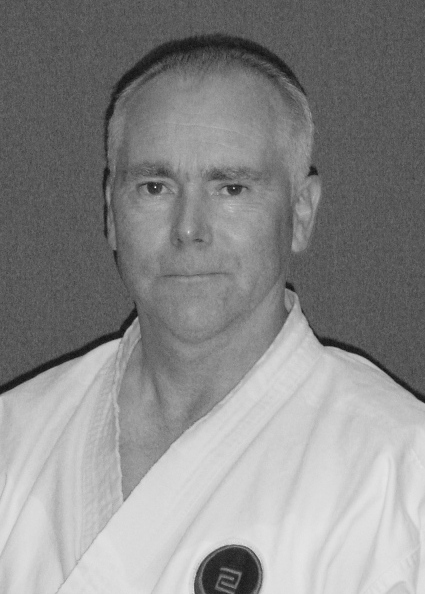 Sensei John Lambert began his Karate training in 1973 at the Fife institute, in the same hall that would become his own Dojo in which he taught Karate for over 30 years. In 1979 he was made the chief instructor of IOGKF Scotland and he formed the Scottish Goju-ryu Karate-do Association (SGKA) John also committed much of his time to the Olympiad program, where he would often travel abroad with local sportsmen & women as a mentor and coach, when they competed against opponents from other countries.

Sensei Lambert sadly passed away in 2010, but the legacy of Goju-Ryu has been carried on by his students throughout Scotland.

Karate originated on a small island between Japan and China called Okinawa. In 1477 the King of Okinawa banned the carrying of all weapons in a bid to end civil war. With this the people of Okinawa turned to neighbouring China and combined some Chinese forms of empty-handed self-defence with their own form of martial art.

From these roots three main styles of Karate evolved: “NAHA-TE” which is now called “GOJU-RYU” and “SHURI-TE and “TOMARE-TE” both of which now come under the name of “SHORIN-RYU”. 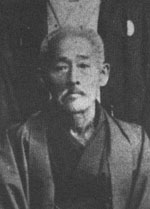 Kanryo Higaonna was born in Naha, Okinawa on 10 March 1851. In 1866 he travelled to Foochow Southern China to study the Chinese martial arts. After a year in residence at the Okinawan settlement in Foochow he was introduced to Master Ryu Ryu Ko a renowned master of Southern Chinese arts. After following the age-old custom of service to his master he was accepted as a disciple and trained with his teacher for thirteen years before returning to Naha, Okinawa where his martial arts became known as Naha-te. Kanryo taught these martial arts to the people of Okinawa. He died on 23 December 1915 at the age of 63.

Chojun Miyagi was born on 25 April 1888 in Naha, Okinawa. He began training in karate under Kanryo Higaonna at the age of 14, in 1902. He studied with his teacher for 14 years before his teacher’s death in 1915. In the same year he journeyed to Foochow China to further his research into the martial arts and upon returning to Okinawa he began to teach at his home in Naha. It is said that the naming of Goju-Ryu came about more by accident than design. In 1930 Chojun Miyagi’s top student, while in Tokyo was asked by numerous martial arts masters as to what school of martial arts he practiced. As Naha-te had no formal name he could not answer this question. On returning to Okinawa he reported the incident to Chojun Miyagi. After much consideration Miyagi decided on “Goju-Ryu” (hard and soft style) as the name for his style. “Go” means hard and “Ju means soft. It is a blend of Okinawan Te (hard) and Shaolin Kung Fu (soft). Chojun Miyagi died on 8 October 1953 at the age of 65. 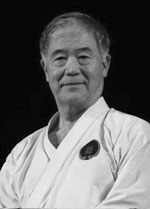 Morio Higaonna was born on December 25th, 1938. At the age of 14 he began his martial arts training with his father who was a Shorin-ryu Karate practitioner. By the age of 15 he joined Naha Commercial High School Karate Club and became friends with Tsunetaka Shimabukuro, who was a student of Chojun Miyagi Sensei for two years. Shimabukuro taught Morio Higaonna Sanchin, Gekisai, Saifa and Seiyunchin Kata’s. Shimabukuro encouraged him to go and see the Garden Dojo and undertake the training of Goju-ryu Karate. Morio Higaonna was devoted to trying to win the respect and teachings of Anichi Miyagi Sensei and he trained at the dojo six days per week and on Sunday’s would train on his own at this home. This is when he really began to develop his now famous passion and energy for karate. Anichi Sensei had an overwhelming effect on Morio Higaonna, a dedication which continues to this day. A famous martial arts historian who had visited dojo’s all over mainland Japan made the comment that there was no one in Japan like Morio Higaonna and that he was ‘the most dangerous man in Japan in a real fight' and by 1979 Morio Higaonna had a worldwide following. With the blessing of Anichi Miyagi Sensei and and family members of Goju-ryu founder Chojun Miyagi Sensei, he formed the International Okinawan Goju-ryu Karate-do Federation (IOGKF) in 1979 in Poole, England. In 1997, IOGKF International became a recognized part of the Nihon Kobudo Kyokai (Japan Traditional Martial arts association). Every four years, Higaonna Sensei hosts the World Budosai, a martial arts festival that brings the world to him. Over one thousand people attend each Budosai and experience the true roots of Goju-ryu karate from its highest master.

Tetsuji Nakamura was born on April 3rd, 1965 in Osaka, Japan. His first encounter with martial arts was at the age of 12 years old and by the time he was 15 he was practicing karate at a local club. During a university break, he told the club instructor that he was going to take a vacation with some friends to Okinawawhi who insisted that Tetsuji Nakamura call his own sensei while he was there to show his respect. He had no idea he was about to call Shuichi Aragaki Sensei (student of Chojun Miyagi Sensei and an IOGKF advisor). He arrived at Aragaki Sensei’s house, where he was informed Aragaki Sensei did not have the time to instruct him. Instead Tetsuji Nakamura was taken to the Higaonna Karate Dojo in the Makishi district, near Tsuboya, in Naha. Here Aragaki Sensei showed him how to perform all the supplementary training of Goju-ryu and told him to do so every day. Tetsuji Nakamura obeyed and as days turned to weeks and weeks turned to months he began to wonder if Aragaki Sensei would ever return. Six months later, Aragaki Sensei arrived at the dojo and determined that Tetsuji Nakamura’s loyalty and efforts were worthy of the best Goju-ryu instruction. In 1991 Tetsuji Nakamura won the IOGKF World Championships and Morio Higaonna Sensei saw the dedication and potential in the young man and asked Tetsuji Nakamura to accompany him back to San Marcos in America, where he was then based. He quickly became Higaonna Sensei’s top student, training at home with him daily in his private garage dojo and then every afternoon and evening at the then IOGKF Honbu Dojo. When Higaonna Sensei decided to move back to Japan and set up a base in Tokyo, Tetsuji Nakamura followed him and remained in the capital with his sensei for three years. He moved to Canada in 1997, married his wife Rania in 2000 and they had their first child in 2002, the same year he took over as Administrative Director for IOGKF International. . In 2012 at the IOGKF World Budosai, Higaonna Sensei decided to retire from his role of World Chief Instructor in IOGKF to take Anichi Sensei’s old position as Supreme Master and appointed Tetsuji Nakamura as his successor in his former role.