The SGKA will be holding our winter grading 2021 across the 27th & 28th November.

Be confident in your own abilities and prepared for any situation

Master your emotions and be secure in the knowledge you have.

Train hard and be the best you can be at every class. 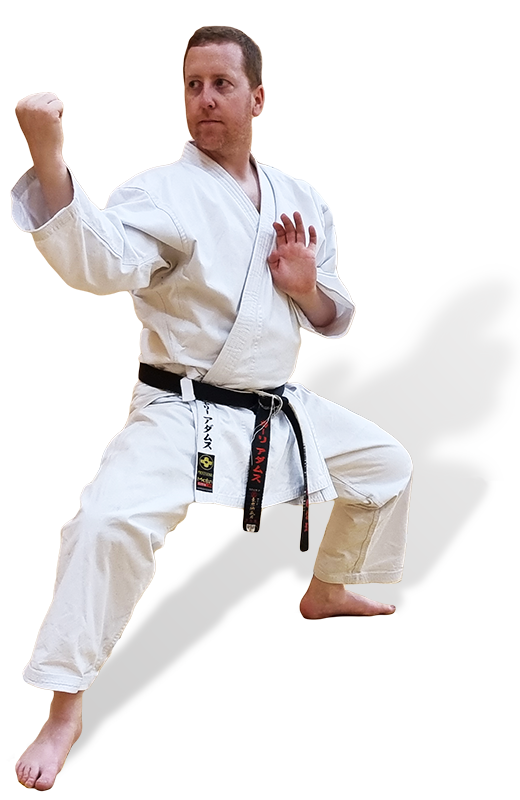 Gary is a fifth Dan Black Belt in Okinawan Goju-Ryu Karate affiliated with the I.O.G.K.F. He is the principal instructor in Kelty and Lochgelly dojo’s and is a Scottish Goju-Ryu Karate Association (SGKA) Kambukai (management committee) member.

Gary passed his fifth Dan black belt in Okinawa in 2016, becoming the youngest 5th dan in the world within the I.O.G.K.F. He has been training for 31 years and teaching for 21 years - teaching around the world in France, Austria, The Netherlands, Czech Republic, Australia, and throughout the UK and alongside the World Chief Instructor.

Gary is a well-accomplished tournament fighter and has also fought all over the world, winning the national SKGA tournament for 5 consecutive years, winning the Australian all styles tournament, Acheiving Silver at the European championships and even placing 5th in the world.

Got a Question?
Get in touch if you have any questions about what to expect from any of my classes and i'll get back in touch as soon as possible. 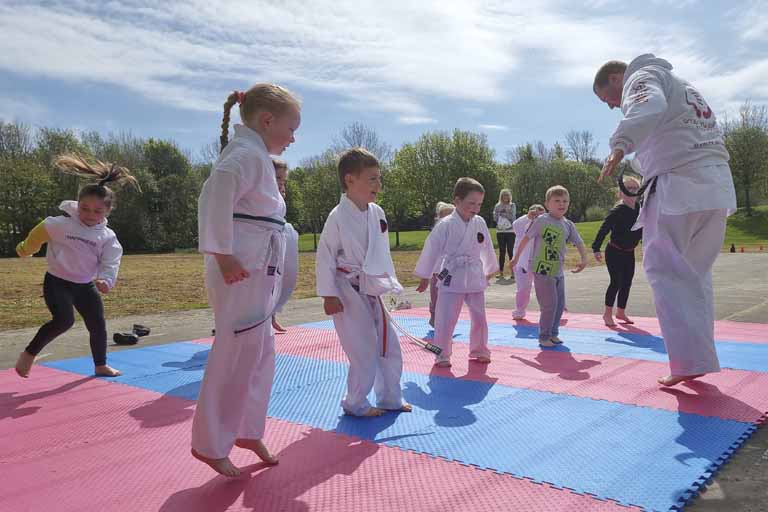 The Grasshoppers class is the only one of it's kind in the area and helps give your young ones self confidence and social interaction to help them succeed in life from an early age. 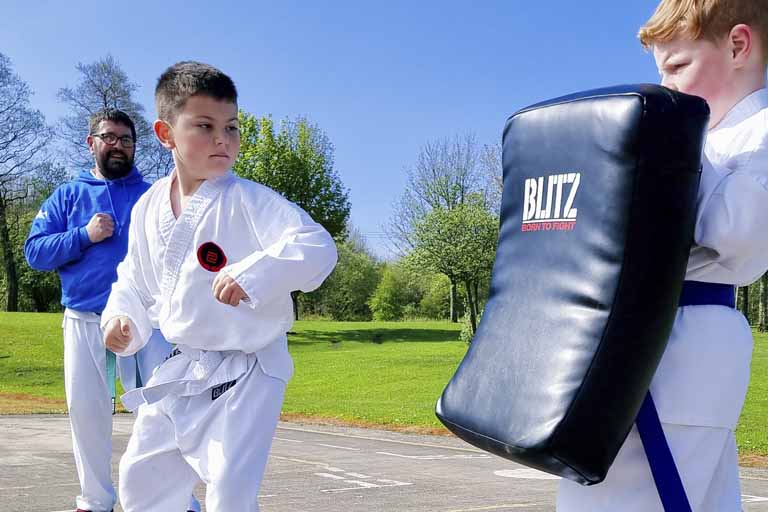 Mixed family classes gives you the opportunity to train with and encourage each other no matter your experience or fitness level. Build on your relationships and work together towards a common goal. 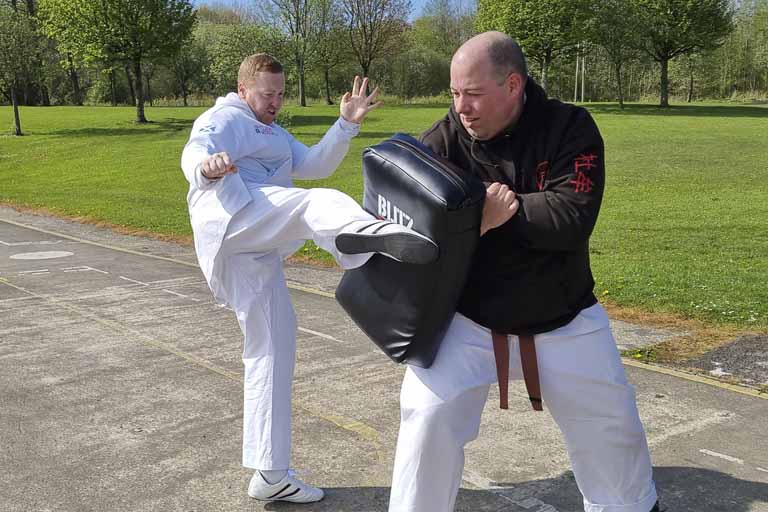 Made for Green belts and above, advanced classes focus more on some of the traditional aspects of Goju-Ryu and Kata to get you well on your way to achieve Shodan level. (Black Belt)

Respect is a core value in Karate. Students are taught to respect themselves, and to show respect to one another, their Senpai (senior students), and their Sensei (teachers)

Karate requires self-control, often self-restraint and therefore self-belief in one’s abilities. Only through discipline can one become successful and reach the higher levels.

Courage allows students to overcome challenges, reach for their goals, and become successful in whatever they do.

My daughter has been training with Sensei Gary for around 4 years now. Gary is a fantastic instructor and really takes the time with the kids to make sure they understand the principles of the techniques they are learning. In fact he is so good, that at the age of 49 Gary convinced me to train too...which I’ve been doing for around 2 years now. Gary really goes above and beyond for his students, and makes the classes fun too. 100% recommend Gary’s classes for kids and adults alike.

Our kids love going to their Karate lessons with Sensie Gary Adams - they are taught respect, discipline, how to defend themselves, and have great fun. Totally recommended 🙂

Our Daughter has been attending Kelty Goju-Ryo Karate since she was three. Her confidence has grown so much in the last three years and I can honestly say her karate has been a big influence. Sensei Gary is amazing with the kids. He makes everyone feel welcome and can encourage even the most shy kid to take part. This is a brilliant class for people of all ages.

The Grasshoppers is a lively and energetic class for young boys and girls. Giving them a fun filled introduction to karate. My sons enjoys Gary’s class very much. Gary is a great teacher and makes everyone feel welcome. I would definitely recommend this class.

Both my kids started of training with Gary from a young age. They both loved going to his Friday night class. Gary was always great with the kids while teaching them very good karate techniques. He always makes everyone feel welcome. The last few years my son has still trained but due to moving house he has got a new sensei. We still see Gary at gradings and competitions and he is always the same with the kids. Encouraging them to do their best while continuing to help improve their technique. Definitely a fantastic Sensei

The review I would like to leave is on behalf of my daughter who attends the grasshoppers karate class, the class is well run and very professional. Gary their tutor is amazing with all the kids and he has a lot of patience with a calm attitude. He strives in helping pupils succeed. I would definitely recommend brining your kids along to join his classes they are for all different age groups, he also keeps everyone up to date with information and is always happy to answer any questions. I would give you 10 out of 10 stars.⭐️ ⭐️ ⭐️ ⭐️ ⭐️ ⭐️ ⭐️ ⭐️ ⭐️ ⭐️